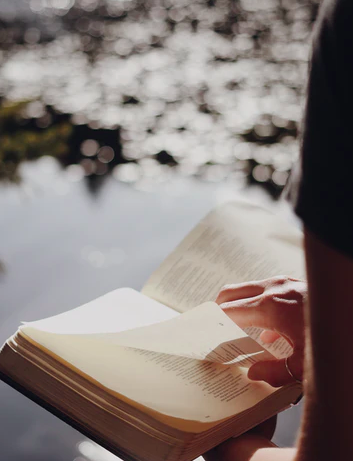 Have you ever wondered why the people who lived during Jesus’s ministry, fully aware of the promises of a redeeming Saviour and witnessed for themselves the marvel of His many miracles, refused to see Him for who He truly was?

Many times I have pondered this and ashamedly I fear that I would be included with those mentioned in the lines of a famous song, “in vain I hear my mocking voice call out among the scoffers”!)  But now I realize that because of Christ’s death and resurrection, Christians today can acknowledge Him as Lord and Saviour.

At the same time, the people of times long ago may not have inscribed God’s teaching deeply within their hearts.

Dabar Promises was written in response to these deliberations. What might have happened if the people were more aware of what the promises of the Messiah entailed? Would they have reacted as Ananiah and his family did and welcomed Jesus in far greater numbers? Will people of today, after fully appreciating the greatness of the man Jesus Christ, be willing to accept Him as the Promised One?

Many years ago, during my devotions, I was reading scripture concerning Jesus. Surely, as the Bible focuses on God, this was not surprising! However, to my dismay, I was reading from the Old Testament!  As a young believer, I had the foolish notion that the Old Testament was old and in the past, while the New Testament concerned the coming of the Saviour – a new chapter in the life of man and a new beginning as well.

Whilst summarizing the promises, a story evolved about a man who knew and totally believed in God’s Word. I developed a story map and outlined clearly how the life of this man and Jesus would cross.  The story, like my research, lay dormant after several years and was not picked up until after my retirement in 2012.

Encouraged and inspired by many friends in the church I attended, I finally had time to sit down and write the book that had lay dormant for many years. Prior to the writing, I had managed to reduce the number of promises to approximately 92, ensuring that each promise was noted in the writings of Jesus’ life in the New Testament.  There was such a lot of research to do, some of which occurred before and during the writing of the book. As quite a lot of the research was found on the Internet and many blogs provided different information, I tended to use information which blended with the story that I was writing.

The writing of Dabar Promises was such a pleasurable experience.  Nowhere during the ten months of writing was there only “one set of footprints in the sand”. Meticulously I sought where incidences within the story were located in the Bible so that the reader, particularly those who were not familiar with the Bible or its contents, might be able to do further investigation. Hence it is my recommendation that the readers simply read the story before returning to the given biblical passages.

Dabar Promises is fictitious, yet some of its story has been based on facts. The challenge for all Christians today is to know God’s Word deeply. While the Bible is full of so many promises, the Dabar Promises are especially precious to us all!