Home • News Room • • From living in a home for neglected children, to life as a pastor, Unexpected is a moving autobiography
SHARE THIS

From living in a home for neglected children, to life as a pastor, Unexpected is a moving autobiography 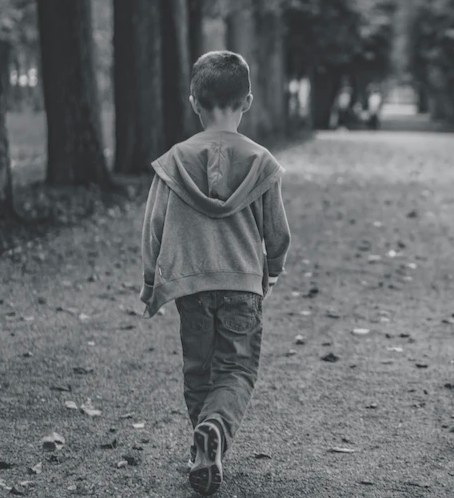 Arriving at a home for neglected children on the rural outskirts of the Australian city of Melbourne, Edmond Smith had no idea as a young child that the Sutherland Home was where he would live for the next eleven years.

As a very small and fearful boy in the institution in the mid 1940’s, he would never know the love of his mother and father, and a home life that so many of us have enjoyed. He was a virtual orphan.

In his late teens he became bent on burning a gifted Bible, but God surprised him with the joy of the Gospel. Edmond expected to become a schoolteacher, but little does he know that the powers that be believe he is not fit to become one. Yet, God goes to work, even though he is troubled by the stigma of having had an institutional upbringing. Upon leaving the Sutherland Homes at the age of 18, he moves in with Christians, all the while seeking to hide his past.

How far could he go with his sensitivity while he sought to gain dignity? God grants his desire, and Edmond served as a teacher for six years before he felt God calling him to church ministry. Edmond became an ordained church pastor, changing life’s direction.

As the years passed, he became a seasoned disciple of Christ, with a rich understanding of how other people can suffer from the trauma of their early years. Providence led to learning where his gifts lay as a pastor through a well-respected national figure of his domination ­ –  and this is instrumental in the kind of ministry that leads to less exasperation and better prospects in what he was trying to achieve.

Much of what became unexpected was found in his experience as a pastor, but not all of it was good. One such occasion finds him surprised by a troubled thing that happened in life forty years before. He had to seek Christian psychological help when “the sleeping giant” had awakened. Yet God was at work once more so that the torment of such a memory was erased.

Towards the end of the same year, his sister, who was also institutionalized in early days as a child, found out she had the deadly ovarian cancer. To worsen matters, he and his sister had been grappling with the discovery of a chronic schizophrenic brother, as well as the still possible existence of their mother, who had even a worse case of chronic schizophrenia than their new-found brother. He and his sister had to come face to face with the hard reality of the past of ‘Ararat’s Lunatic Asylum,’ where both their mother and brother were inmates.

Upon reflecting deeply on such sad history, Edmond took to writing out his boyhood life in the institution. The sheer writing was somewhat soothing; some consolation for his troubled soul. At this stage, Edmond had no thought of getting his memoirs published, until his wife encouraged him that his story was unique and was worth being published. The Silver Poplar was born, and went on to win the Caleb Prize for the top autobiography in 2012.

Its publication left him less sensitive about what happened as a bewildered boy. If anything, he was tempted to be proud to have a unique story to tell, but God’s grace kept him humble.

Humility and gratitude marked his first ever visit to see the now forsaken Aradale, the great building complex of “the lunatic asylum” that still sits over-looking the city of Ararat below. Edmond gained a great insight there of the history of the treatment of mental illness at Aradale over one hundred and fifty years before. It is harrowing to read and yet if has a brighter side to its story. Readers will in part be entertained by what occurred in Ararat.

Edmond Smith is a retired Baptist pastor and the author of four other books: A Tree By a Stream, The Silver Poplar, Mirrors in Mark and The Scandal of God’s Forgiveness. His new book, Unexpected, tells his remarkable life story. He belongs to that line of Christians whose witness and influence originates in the gospel that powerfully transformed him in his teenage years.

This compelling autobiography documents the events that shaped an “unexpected” life from inauspicious beginnings in a children’s home in Melbourne to become an ordained Baptist pastor.

It is a candid and sometimes raw account of how God, in His mysterious providence, uses both the good and even the really bad to bring us to a mature faith in Him. Unexpected, the sequel to the award-winning The Silver Poplar, is now available globally.